Being Mindful of the Gap

“In between knowing something and refusing to know it, lies a murky chasm that even the most enlightened among us is perfectly happy to inhabit.” – André Aciman 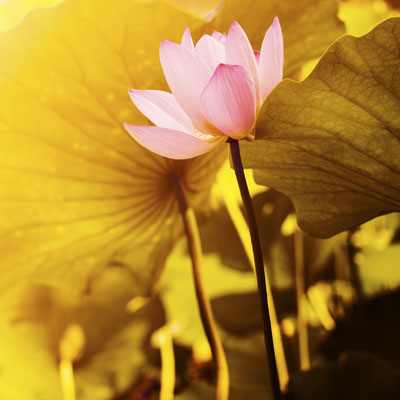 I want to share with you a teaching that I have been giving on retreats the past few years that has generated a lot of interest. It’s called “Being Mindful of the Gap.” For years I have pondered why it is that when practitioners become significantly more skillful in being mindful, they also report that the mindfulness isn’t having as large an impact of reducing suffering in their lives as they expected. In continually reflecting on this predicament and questioning students more closely, I came to realize there are three points of failure of connection of mindfulness that seem to be occurring for many people.

I call these three mindfulness disconnections “The Gap” and my investigation of this phenomenon was inspired by a line written by André Aciman in a New Yorker article in which he stated: “In between knowing something and refusing to know it, lies a murky chasm that even the most enlightened among us is perfectly happy to inhabit.”

The first of these three gaps occurs when we know that what we are saying or doing is unskillful and yet we don’t know. There is a refusal to know what we know. What this means is that intellectually we are mindful of the dukkha occurring but we are not integrating it into our actual experience. By contrast, a mature moment of mindfulness knows what is happening, fully receives the impact in the body/mind, and sees the consequences of your behavior in this moment. Put simply, it is a willingness to know that you know. It can take so much repeated effort to close this gap and we can only do so by acknowledging the ways in which we are causing harm to ourselves or others.

The second gap is when we are fully mindful of what’s happening in the moment and yet somehow fail to recognize that there exists a choice to alter our behavior or thinking in some way. I find this gap amazingly confounding. We fail to pause or reflect by saying to ourselves “This is going to cause suffering. Do I have any choice in how I act in this moment?” Oftentimes, we are caught in our wanting, or our anger, or feeling so needy, or so compelled that the mindfulness is at such an arm’s length that it’s not connected to our capacity for decision making. For this reason, I have been suggesting to people to think in terms of “Three Rs.”

The first “R” is to recognize what is truly happening by noticing whether this is suffering or not suffering. The second “R” is to realize you have a choice about how you relate to this moment. Sometimes we are so caught in our story that we don’t have much of a choice but at least we can feel the effects of not having choice and use our mindfulness to know what it’s like to be completely caught. Far more often, there is a choice and if we can just become mindful of that choice, we will often alter our behavior. This realization of choice is how we close this second gap.

The third gap is when we recognize that dukkha is happening in the moment, and we realize that we have a choice, and yet we simply don’t act on that choice. I have had some feedback from practitioners saying “That can’t be true!” If you watch yourself closely, I suspect you will discover that there are places in your life that this is, in fact, what you do. You haven’t yet developed the capacity of being resolute to make a choice. This is the third “R:” it is a resolve to act, to actually make a choice when we see that we are not being skillful.

While there are often psychological reasons coming from our past that prevent us from having resolve, what seems to be most effective is to concentrate on developing the habit of being resolute. You recognize dukkha, realize you have a choice, and you resolve to act right then. Gradually, after many hits and misses, you develop a new habit where the psyche just assumes that when you have recognition and realization, you do want to resolve to act. This is how you close the third gap.

We all aspire to be more mindful, to have more moment to moment awareness in our lives, and to be more at ease with ourselves. Closing these three gaps through the Three Rs – recognize, realize, and resolve – can bring a sense of uninterrupted presence that builds clarity and equanimity that we can rely on.