When he turned 40, Phillip Moffitt walked away from the life he’d created in Manhattan as a whiz-kid entrepreneur who brought the men’s magazine Esquire — hemorrhaging readers and money — back to health. He shed his professional identity, its perks and privileges, like a cheap suit. 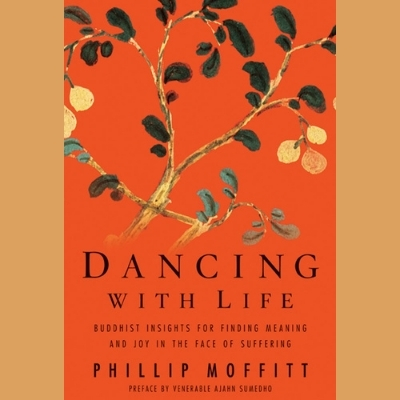 When he turned 40, Phillip Moffitt walked away from the life he’d created in Manhattan as a whiz-kid entrepreneur who brought the men’s magazine Esquire — hemorrhaging readers and money — back to health. He shed his professional identity, its perks and privileges, like a cheap suit.

“I realized that if I were to die, I’d have regrets that I hadn’t gone for what I was most interested in,” says Moffitt, who’d had a very intensive yoga practice in his mid-20s, but buried his urge to become a yogi in order to conquer the business world.
Now, nearly two decades later, he helps others navigate a similar path. His company, the Life Balance Institute, based near San Francisco, helps move people out of their muck.

Each individual is different, but the symptoms are common, he says. “Something feels wrong with their life,” he said during a phone interview from a hotel room in Seattle during a tour for his new book, “Dancing With Life,” a guide to finding happiness through a balanced mind and calm spirit. “Sometimes the symptoms are major, like with marriage or work or their health, or they just feel like they’re losing it,” he says. “Sometimes they’re having to fight this huge wave of disinterest.”

He can relate. Back in the ’80s, when he was editor in chief at Esquire, Moffitt wrote about the go-go era of fast living and fast money. On the surface, he was happy. “I liked the pressure, and doing the impossible,” he says. “But it turns out that my heart wanted something quite different than what my mind wanted.”

His restless heart yanked him out of the fast lane and tossed him into what he now calls “my years in the desert.”
Suddenly, he no longer had a defined role or identity. Former colleagues acted like he’d had an “unfortunate accident.”
When people did ask what he was doing, he didn’t know what to say. “Meditation” did not seem a sufficient answer, but that was what he was doing: studying the teachings and practices of Buddhism, developing his inner self.
He also practiced aikido and learned about mind-body healing techniques.

Over time, a whole new life evolved. He became a full- time meditation teacher and wrote a column for Yoga Journal.
His experience as a successful businessman meant that he began to get calls from similar people — executives and leaders struggling with questions about what to do with their lives. So he developed a system to help them clarify their values and reshape their lives.

Moffitt now sees that everyday Americans are suffering from a similar plague of expectations. “Our culture teaches you to constantly judge yourself,” he writes, “based on superficial measures.”

When you finally admit to yourself that all is not right, he says, the burdens seem even heavier. “One of the cultural changes of the past 30 years is that you’re supposed to be ‘a winner,’ ” he says. “It’s a false idea, but it’s so reinforced by advertising and other things.”

Then may come a feeling of shame. “People look around at others, and think, ‘They don’t have challenges and disappointment.’ ” It’s like trying to keep up with the Joneses, emotionally.

But the reality is that everyone deals with this stuff, even the power players who seek his advice. “Those people are considered ‘the winners’ in our society, and they’ve got just the same disappointments, fears, losses and struggles as everyone else.”

Finally, there comes a deep sense of guilt. “People think, ‘Because my life is not working, something must be inherently wrong with me, or I deserve this.’ ”

Cutting through these cultural delusions, he says, is the start of creating deeper meaning in your life no matter what the circumstances. “Dancing With Life” is a 280-page lesson in learning to see in a new way. “It’s about the different levels of meaning and joy, as you come to terms with life as it is, rather than as you’d like it to be,” he says.

Moffitt’s personal journey has taught him that, despite our best intentions, life moves us with the rhythm and the direction of its own unfolding mysteries.

“I’ve learned to dance with life,” he says, “and now I’m helping others do the same.”