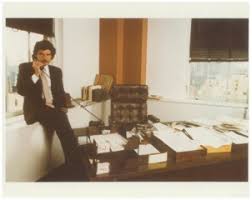 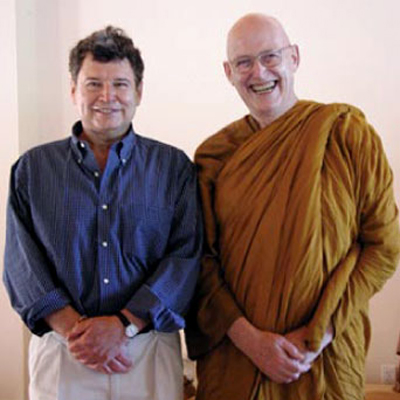 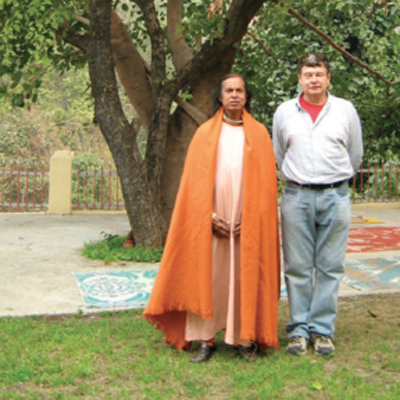 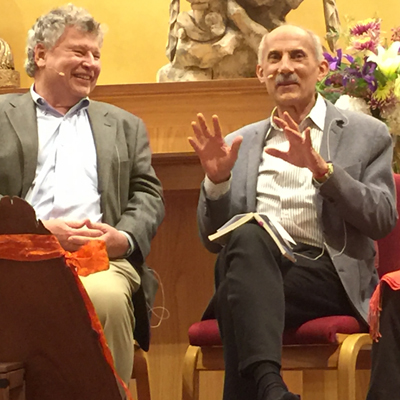 On the very last day of 1986, soon after my 40th birthday, I did something that many people have since told me they long to do. I completely abandoned my professional identity, with all its security and privileges, in order to devote myself to finding more joy and meaning in my life. It was a good life that I left—some would even say a great one. I was editor-in-chief and chief executive of Esquire magazine, having bought it with some colleagues when it had fallen on hard times and slowly nourished it back to financial health and prominence. I liked what I did, was reasonably good at it, and as both creative and operational leader, I got to do things my way—a rare situation. Through the articles I published and the monthly column I wrote in the magazine, I had a voice in the national debate around social issues relevant to my generation. And as a business leader I got an adrenaline charge from being the underdog competing against much larger media companies and finding creative ways to hold my own.

Although I felt very fortunate to have these experiences, they did not ultimately provide me with a deep sense of purpose. Whenever I imagined spending the rest of my life continuing on the same path toward worldly success, a strong feeling of disappointment in myself arose. So, to the astonishment of people in the New York publishing community, I gave up all that I had accomplished in order to dedicate myself fully to exploring the inner life and to understanding the mystery of this human existence, with all its joyous possibility and its endless suffering.

As I embarked on my new life, the teachings and Vipassana meditation practices of the Theravada Buddhist lineage, became my primary focus. My first teachers were Joseph Goldstein and Sharon Salzberg, who along with Jack Kornfield, are the three Westerners considered most responsible for bringing these teachings from Thailand, Burma, and India to the U.S.

I spent much of my time either in meditation centers sitting long silent retreats or practicing on my own. I also became interested in the body-mind connection and studied aikido and somatic healing techniques. Also, because of my past, a number of corporate executives, who were struggling with questions about what to do with their lives, began seeking my advice. I gradually developed a system to help them sort out their priorities, which I call “Life Balance” work. Because of the high demand for this type of inner work, I also created a program I call “Skillful Change,” to guide individuals in bringing mindfulness and a values-based orientation into daily life. If you are interested in these programs, visit skillfulchange.org.

One day after I’d been practicing Vipassana for seven years, I received a phone call from Jack Kornfield, the founder of Spirit Rock Meditation Center, inviting me to become a member of the Spirit Rock Teachers Council and to participate in the three-year teacher training program he conducted. Although I wasn’t sure teaching was my calling, I was attracted by the opportunity to be part of a community of fellow seekers and was excited about learning from the senior teachers. I completed the teacher training, joined the Teachers Council, started a local sitting group, Marin Sangha, and began teaching retreats. Gradually practicing and teaching the Dhamma became the center point of my life. Eventually I was asked, along with my colleague Sally Armstrong, to become the first co-guiding teachers of Spirit Rock.

Several years into my teaching experience, the Venerable Ajahn Sumedho, whose teacher was the great Thai meditation master Ajahn Chah, was invited to Spirit Rock to lead a training retreat for Spirit Rock teachers, followed by a retreat for the entire community. These two retreats and Ajahn Sumedho’s penetrating understanding of the Dhamma literally changed the direction of my teaching and my personal practice. It was through his inspiration and support that I wrote Dancing with Life, and my meditation explorations came to focus on the nature of awareness. So many liberating insights in my own practice have arisen directly from being Ajahn Sumedho’s student.

Prior to my discovery of Theravada Buddhism in 1983, I had a ten-year intensive practice in the Raja Yoga tradition based in the lineage of Swami Sivananda. In this style of yoga, there is an emphasis on meditation, or at least there was during my years as a student in the tradition. Therefore, it was a natural bridge to Buddhist meditation, and I continued the asana practices and certain other practices.

Then, In 1999, I met Sri Swami Balyogi Premvarni, a yogi in the ancient Himalayan forest tradition, during a visit to his ashram in Rishikesh, India. That visit was the beginning of a long journey in which Balyogi shared with me the Nine Bodies Teachings—a map of the dimensions or aspects of consciousness, each of which can be accessed in meditation as being distinct in nature. Once I had some genuine understandings of these capacities of consciousness through my own practice, I started to share them with other Vipassana practitioners. Directly accessing these different levels of consciousness proved to be extraordinarily helpful for students doing both concentration (samadhi) and insight (vipassana) practices. I returned to Rishikesh many times to study with Balyogi, and at his urging, I undertook writing the book, Awakening through the Nine Bodies, which constitutes my own insights regarding consciousness that have arisen from years of incorporating the Nine Body teachings for use in vipassana practice. If you want to know more about The Nine Bodies, visit ninebodies.org.

The unfolding of each of our lives is mysterious in nature. We are fortunate if at some point there arises an inner knowing as to what endeavor one wishes to devote one’s life. I feel so much gratitude for to having found what is my calling. It has been my ruling passion for the last thirty-five years. My aspiration is to share what I have learned with others insofar as they find it helpful in their own spiritual journeys.